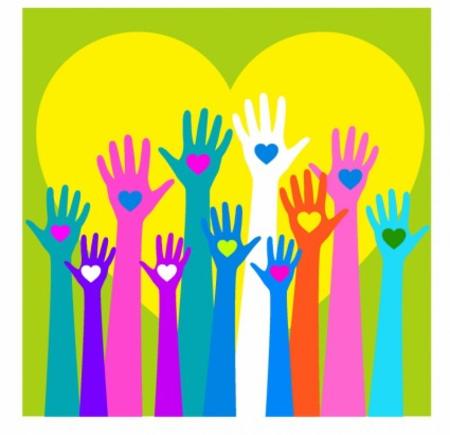 Please send a letter or check to Sunshine of the Americas Foundation aka Cambridge Sunshine Foundation in care of East Cambridge Savings Bank at 292 Cambridge Street, Cambridge, Massachusetts 02141​

One way or another, thank you everyone that supports our cause to advance our Students' freedoms.

Danny Dee Gug Founder of the Sunshine of the Americas Foundation.  617-876-4144 office and feel free to call. Recall a donation is not or never necessary;yet we would place it into a proper program we created.We are grateful you are here.

Students are important and so are their liberties

A DONATION IS NOT NECESSARY,VOLUNTEER AND WORK FOR JUSTICE. THANK YOU

Sunshine of the Americas presents a lawsuit on behalf of  Students!

Every  student needs freedom to live and explore science; without freedom students are mentally constipated. This is the priority of our new lawsuit to non-violently overthrow the present false controls over all public school students. It’s properly titled, "In defense of our students & constitution"

As parts of the American Dream are experienced, we still need more freedom and liberties. That is the reason why I, Danny De Gug, created the absolute Freedom card for Women and Men that seek interfaith power and authority in Religion. Comparative in Science class rooms, we seek superlative levels of freedom involving scientific theories on causation of our existence. No religion, just science! In other words, “Freedom of Thought” and the right to see in class rooms on paper with graphics, photos and logic the concept of Scientific Designers in evolution. Or a Designer behind causation of existence; without religion or any religious terminology makes this a just Civil Rights Lawsuit.

This lawsuit will never represent religion only theoretical explanations in scientific terms for the hypothetical and theoretical causation of existence to appear in secular classrooms. Entering into federal court we will succeed, it will result in infinitely greater freedom of thought in science classes within our public schools! We will truly see that it is plausible to experiment with new theories in evolution! Public classrooms need freedoms and liberties as stated in our United States Constitution.

Our lawsuit will never represent religion only theoretical explanations in scientific patterns. Such as Scientific Design is traced back to an Intelligent Designer. Logic and learning more logic is absolutely important in evolutionary science classes. Every student needs to explore for oneself ideas that can be logically proved. This sends our thoughts toward reasoning that fascinates us to studies in exploration. Some basic universal logic: Every normal mind knows that all material goods, commodities and fabrics of life have been designed by human minds. Several examples: Bicycles, motor cycles, autos, trucks, busses, planes, jets and satellites were and are always designed by minds and also made to appear by the ingenuity and control over matter. The greatness of the human designers and their potentials and actuals has appeared!

Let freedom ring for our Students that are unfairly conditioned and enslaved by an overwhelming limiting system. We repeat: This is a Civil Rights Lawsuit. More points of logic: We today are witnesses to all material inventions made by the power of human minds, everything. Yes, from simple utensils, toys, gadgets, streets, structures, computers, skyscrapers and satellites etc. the human mind is causation in all these matters. The human body has over 50 thousand miles of plumbing in its blood vessels, one human neural system is more complex than the entire electrical system of Los Angeles.

This reasoning leads the normal child to wonder is there a Big Banger behind the Big Bang of evolution theories? Cool! Let us be free in our classes and get high on our reasoning and imagination that leads to higher scientific and more exciting concepts in theories. Fascination is always a key card in science, we aim to make sure that the boring one sided science community is brought to justice and we free our student’s minds with a 7 page addendum that will be based on the Big Banger in evolution.

This supplement of 7 pages will show graphics, photos and lots of reasoning to aid them in the logic of creating many materialistic hypothetical viewpoints of potential causation by a Scientific Designer functioning in an absolute realm. Fantastic fascinations in theories! The main complaint in federal court, it is obvious, our students and ourselves have been deprived, hoodwinked and enslaved! Please help by visiting Word of Honor .org and volunteer! Danny Dee Gug is a student and Founder of the Sunshine of the Americas Foundation a Nonprofit

SUPPORT OUR COURT CASE, VOLUNTEER BY CALLING OUR OFFICE AT 617 876 4144 AND ASSIST US IN CREATING MORE FREEDOMS!

Sunshine of the Americas formulates a hypothetical.

SD by force > E+M to the 99th power Controlled

Meaning Scientific Designer by its forces are greater than E meaning all energies + M  meaning all materializations that is in the 99th power meaning finiteness to infinity as well as to be X-finality on supreme, ultimate and absolute math levels controlled by architect manipulations; and by master force organizers.

All Students, all Teachers, all Parents and all Citizens seek and explore; enjoy and participate in the highest potentials of theoretical ideas in our science classes in all public schools in the Western Hemisphere. {Minus any religious outline} We seek through Justice to non-violently overthrow the present conditioning in science classes.

Why? Because they, the establishment, force feed our children a controlled repetitive boring, a designed, conditioned mindless causation to evolution without any real visible alternative in graphics, photos and written logic! No possible alternatives mean a dictatorship! They violate their civil rights, their freedom to think and wonder! They, the science manipulators of today have become as the wicked oppressive priesthoods of the past, today they the science community appear as a set of ghastly over controlling creeps, mind science predators! Have a non violent lawsuit, a peaceful-revolution against the mismanagement and manipulations by the egoistic science bourgeoisie that force feeds a mindless evolution theory. This is a Civil Rights

Lawsuit! Join us @ Word of Honor.org