The end of this diabolical, genocidal and demeaning flag and seal of Massachusetts 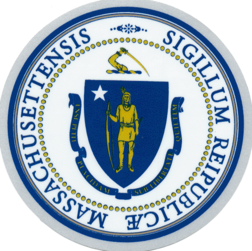 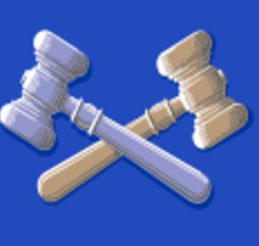 When will the blind and ignorant see the truth about this most diabolical belittling image of the White Beast of this Western Hemisphere?

There is the Arm of a known murderer of Native American Indians,Myles Standish. He cut off the heads of Natives and screwed one of them, a well known Chief,  to a tall pole with a lacquer to preserve it for over twenty years atop a hill in Plymouth. He did this to intimidate our Native People.

The Native in the image must have according to state law the arrow pointed downward and it must be in his left hand; signifying left handedness and humiliation. Because the Native is in a state of surrender beneath a White Supremacist, Myles Standish.The State of Massachusetts in a lawsuit with the Founder of Word of Honor.org is condemned by Reverend Danny De Gug for teasing, taunting and humiliating as frauds our Native Mothers and Fathers. Standish was a sort of a pre-KKK kook in his life, furthermore this is absolutely racist and demeaning!!!. 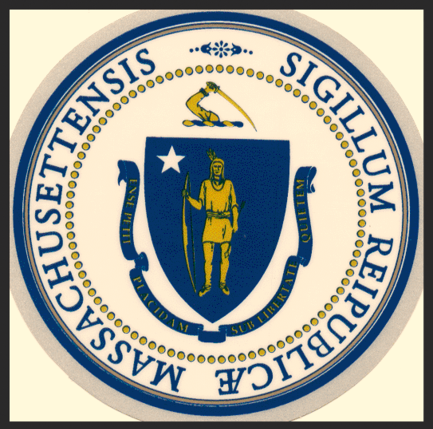 We want you to sign on as a co-plaintiff in this paramount class action lawsuit that is for civil rights for all Native Americans resident in Massachusetts and all Hemisphere Nations in general. 7 demands are below and with detailed descriptions on adjustments that are necessary for an improved relationship.

First, and most important, we want qualified Massachusetts Native People to be recognized as the major advisers and curators, of the 500,000 acres of recreational parks also known as The Living Museums of Massachusetts (Identity theft is not to be a part of Massachusetts history)

​Second:Extremely important: Out of 500,000 acres of recreational state parks, we demand that 10% be given to Native Americans for the purpose of homesteading, agricultural purposes and sacred burial grounds. Imagine the feeling of someone taking your personal property by force?

​Third: One Billion $ in restitution funds for the development of these programs.

Fifth: This is also what we are asking from every state, from every nation for each Tribal Government in this western hemisphere, we want ten percent of all state, federal and national parks for that most honorable compensation that, they, our Native Governments have so long struggled for, honestly desire and rightfully deserve!

Sixth: We repeat in other words, we also respectfully demand the same of federal parks, ten percent, yes ten percent for homesteading, sacred burial grounds as well as agricultural purposes!

Seventh: The federal and state governments are being requested to do this because it is just and fair. If not we will seek a class action lawsuit as soon as possible. However if they the federal and state governments agree to this plan of compensation they will work with the Native Tribal Governments to make certain no underhandedness, no casinos, no exploitation or foul play takes place on those compensated lands!

IF certain native leaderships pursue exploitation they will be intellectually and by law rejected to particiapte in the progress of our Native People's identity. Please continue to work at Word of Honor .org

We want a class action lawsuit because of all the atrocities, such as, first, raping the identity of its Native American Mothers and Fathers of the land by forced religious indoctrination . Second, embezzling over two million acres of land in Massachusetts and all of its natural resources. Third, declaring a “Happy Thanksgiving” in the midst of a history of genocide and the sustaining of state seals and flags today that definitely proves that Massachusetts Bay Colony and the state of Massachusetts unquestionably had a genocidal past!

The diabolical seal and flag of Massachusetts is based on intimidation and demeaning { Commissioner of Native Affairs, Wampanoag John Peters stated in the media that the seal and flags are demeaning}of our Mothers and Fathers of the Lands of Massachusetts. The Native Chiefs and Commissioners do not accept this violation of civil rights. They do not and will not accept the symbol of Massachusetts. Why? Because the arm and sword of Myles Standish is the arm and sword of a known murderer. It is a most despised swastika like and a white hooded sword of vulgar supremacy that must come down as soon as possible,even today! The Native Chiefs have marched annually to the Massachusetts legislators condemning the use of the flag as racist. Yet the State of Massachusetts lawmakers crucify the Natives year after year with rejection of their pleads to stop the racism.

What is started on behalf of Massachusetts is stated  on behalf of all Western Hemispherical Tribal Nations because of the thousands of crimes and intense genocides created by foreign potentates and invaders upon a great and honorable people! JUSTICE!

Sign, print and send to Sunshine of the Americas at 793 Cambridge Street , Cambridge, Ma. 02141 feel free to include a donation too.

Signers must be Native, half Native, one quarter, one eighth or one sixteenth to be part of this action. Word of Honor. org